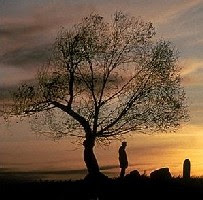 Roger doesn't post his original 2 1/2 star review. He does have his review posted (here) when he added it to his Great Movies series.
Roger had some problems with the story line and Gene Siskel actually gave it a thumbs down. Roger said "It's story, however, does not build up much momentum or have a strong sweep that carries us from beginning to end. It's a kind of meandering picture that creates a world a gives us sharply etched moments in it surrounded by a somewhat shapeless atmosphere. On the whole I did enjoy it, but I thought it had a few too many characters and it was less organized then it might have been."
Roger later said in one his books that he may have been distracted by thoughts of his impending wedding when he first saw this movie. In a 1996 interview he said "I changed my mind on Unforgiven; I gave it only two-and-a-half stars. I wasn't thinking very well when I reviewed that."

Ten years later when he added it to list of great movies Roger says "This process takes place against a full sense of the town's life. The screenwriter, David Webb Peoples, ignores the recent tradition in which the expensive star dominates every scene, and creates a rich gallery of supporting roles. Here his models are the Western masters like John Ford, who populated their movies with communities. Richard Harris plays English Bob, a famous gunfighter who now lives off his publicity and is followed everywhere by W. W. Beauchamp (Saul Rubinek), a writer for pulp Western magazines; after Munny is in a gun battle, Beauchamp scribbles furious notes, and wants to know, 'who'd you kill first?'"
As you can see there are no longer a few too many characters, now there is a "rich gallery of supporting roles".
One of the great Westerns of all time.

I know Siskel gave it a thumbs down - I wasn't convinced Ebert ever did either in print or otherwise because I saw somewhere that he gave it a thumbs up in the original show and of course it's in his great movies as well as a 4-star review having been published in the books a long time back...

My biggest issue with their review was they missed the point of English Bob, whose purpose was to help illustrate the mythical western gunslinger in the eyes of the ignorant/naive, so Bill could dispel that notion. Then, we see Munny at the end transform into that mythical figure in front of the town. He chalks it up to luck--perhaps it is--but we are left to debate. As such, Bob is hardly superfluous.

The film is quiet.