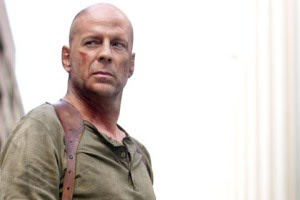 Die Hard is an iconic movie and John McLane is a classic character. The movie is also really, really popular.
Roger said in his 2 star review "Without the deputy chief and all that he represents, Die Hard would have been a more than passable thriller. With him, it's a mess, and that's a shame, because the film does contain superior special effects, impressive stunt work and good performances, especially by Rickman as the terrorist. Here's a suggestion for thrillermakers: You can't go wrong if all of the characters in your movie are at least as intelligent as most of the characters in your audience."
I think it was a shame Roger let what he thought about one character ruin this great action flic for him.
On IMDB this is rated 8.3 (#113 overall) and 94% on Rotten Tomatoes.
Everyone can't all be wrong on this one Roger.
At The Movies Review

IMDb has low ratings for The Tree of Life, Where the Wild Things Are, and Matilda.

I think that's enough evidence that IMDb users are idiots whose opinions should be ignored.

To me this is on of Roger's more disappointing reviews. Die Hard is one of my all time favorites. It was a huge surprise to me because when I first saw it, I expected a big dumb action movie filled with mindless violence and overtly macho characters and got a film that transcended the conventions of its genre. Our hero was a relatable, vulnerable character who's scared for his life instead of a fearless fighting machine who seem impervious to bullets like John Matrix. And the dialog was really sharp. Not only did it make the characters believable and generate a lot of tension between them, but the they subtly set up some of the biggest surprises in the film by mentioning mundane things in conversation and introducing characters that seem like they're real bit parts. And the film had a real sense of urgency and claustrophobia to it that made for a very suspenseful experience. It sometimes feels more appropriate to call it a thriller instead of an action movie. It's disappointing to think Ebert had sense countless cheesy action flicks of the 80's and finally encounter one that put it so much effort and wrote it off as bad due to one complaint. It's especially infuriating to see he gave Die Hard 2 a positive review. While Die Hard 2 is fine, there is a police captain who fills the same role as the deputy chief in the first film, except it even gets in McClane's way even more. Hey, on a side note, if this blog's administrator takes requests for reviews, I got three disappointing reviews worth noting. His 1.5 star review of the original Japanese Godzilla (which shares his star rating with Roland Emmerich's remake), his 2.5 star review of the Thing and his oddly enthusiastic 3.5 star review of Escape From L.A.

I liked Ebert, but he was totally off the mark here. This is one of the greatest action films of all time. I will never be able to understand why he couldn’t like this one.