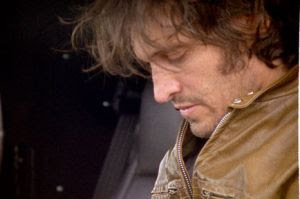 Should be :
ZERO Stars


In his original review at the Cannes Film Festival Roger wasn't a big fan of Vincent Gallo's movie. He wrote :
"'The worst film in the history of the festival', I told a TV crew posted outside the theater. I have not seen every film in the history of the festival, yet I feel my judgment will stand. Imagine 90 tedious minutes of a man driving across America in a van. Imagine long shots through a windshield as it collects bug splats. Imagine not one but two scenes in which he stops for gas. Imagine a long shot on the Bonneville Salt Flats where he races his motorcycle until it disappears as a speck in the distance, followed by another shot in which a speck in the distance becomes his motorcycle. Imagine a film so unendurably boring that at one point, when he gets out of his van to change his shirt, there is applause."
But then Gallo edited the movie and Roger gave the new version a 3 star review. He said "But then a funny thing happened. Gallo went back into the editing room and cut 26 minutes of his 118-minute film, or almost a fourth of the running time. And in the process he transformed it. The film's form and purpose now emerge from the miasma of the original cut, and are quietly, sadly, effective. It is said that editing is the soul of the cinema; in the case of The Brown Bunny, it is its salvation."
I can tell you that Roger's first review was not a bad one, even though I haven't seen that version of the film. If you added twenty six more minutes of driving scenes to this movie it would be a great study of loneliness, but the loneliness would be in the movie theaters showing it.
I have to say that Roger's second review (see it here), where he gives this movie 3 stars is one of his worst. It is a brave movie, it does convey a tremendous sense of despair and loneliness but movies are supposed to be enjoyable at some level and this movie wasn't. I could show a movie about paint drying on a wall and it would be brave and it would convey loneliness, but it wouldn't be entertaining either.
There is no doubt that removing twenty-five minutes of this movie made it better, but removing twenty-five more minutes would have made it even better. You can't say that about a good movie.
This movie has a 4.9 rating on IMDB which is pretty low, but it would be much, much lower if more people in the general movie going public had seen it. Misogynistic, boring, indulgent, unwatchable.
The original version of this movie (which I've never seen) gets my vote for the worst movie of all time. It's hard to imagine how bad the stuff they took out must be, considering what they left behind.