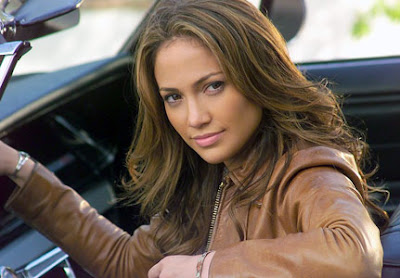 Should be : Zero stars


The movie starts out with hitman Larry Gigli, played by Ben Affleck taking a handicapped boy for a ride. It looked like it was going to be a remake of Rain Man and then J-Lo stops over the apartment to borrow the phone. It turns out the J-Lo is a hitwoman, sent to check up on Gigli. What follows is some of the most embarrassing dialogue in one of the worst plots of all time. It does have J-Lo, and the camera does love her, but that is about all this turkey has going for it.
Roger says in his bizarre review :


The movie tries to do something different, thoughtful, and a little daring with their relationship, and although it doesn't quite work, maybe the movie is worth seeing for some scenes that are really very good. Consider the matching monologues. They've gotten into an argument over the necessity of the penis, which she, as a lesbian, feels is an inferior device for delivering sexual pleasure. He delivers an extended lecture on the use, necessity and perfect design of the appendage. It is a rather amazing speech, the sort of thing some moviegoers are probably going to want to memorize. Then she responds. She is backlit, dressed in skintight workout clothes, doing yoga, and she continues to stretch and extend and bend and pose as she responds with her speech in praise of the vagina. When she is finished, Reader, the vagina has won, hands down. It is so rare to find dialogue of such originality and wit, so well written, that even though we know the exchange basically involves actors showing off, they do it so well, we let them.

Roger goes on to say :


So the movie doesn't work. The ending especially doesn't work, and what's worse, it doesn't work for a long time, because it fails to work for minute after minute, and includes dialogue which is almost entirely unnecessary. But there is good stuff here. Affleck and Lopez create lovely characters, even if they're not the ones they're allegedly playing, and the supporting performances and a lot of the dialogue is wonderful. It's just that there's too much time between the good scenes. Too much repetitive dialogue. Too many soulful looks. Behavior we can't believe. I wonder what would happen if you sweated 15 minutes out of this movie. Maybe it would work. The materials are there.

Wow! "It is so rare to find dialogue of such originality and wit, so well written"!! On Metacritics, out of the 37 reviews there is only one that is positive - Roger's.
The director/writer Martin Brest won Razzies for Worst Director and Worst Screenplay for this movie. This is a movie that has a 7% rating on RottenTomatoes and a 2.4 rating on IMDB. I don't think that sweating 15 minutes out of it is going to help.
Ebert and Roeper Dialogue on Gigli


Ebert "Gigli is filled with enormous lapses in common sense. Gigli makes a commendable effort though, to avoid cliches in the relationship between Affleck and J-Lo, and some of the conversations between the straight guy and the lesbian woman are very well written. J-Lo and Affleck deliver brilliant dissertations, for example, on their favorite sexual organs. I never, however, for a moment believed they were mob killers but I liked whoever it was they were playing although the movie is too disorganized for me to recommend it."

Roeper : "Oh, you are being far too kind to this utter disaster."

Roeper : "First of all, I can't believe that you are saying that there are some nicely written parts here, because I think the script is a disaster."

Roeper : "I hated their matching monologues."

Ebert : "I loved it. Well written"

Roeper : "I cringed as I was watching it. J-Lo also speaks some of the most degrading monologue that I have ever heard a major female star ever have to utter. She tries to explain why she prefers women over men. And you're right, they are the two most least believable assassins of all time."

Ebert : "I'll tell you something. In the age of Sex and the City, I know exactly the word that you are referring to that she says and I believe that someone in that situation would say something just about like that."

Roeper : "Nobody will ever be in the situation that these two characters are in, in this movie and also this character of the brother, I'm sorry, it's a horrible Dustin Hoffman imitation."

Roeper : "The ending is a howling horrible way to complete this mess. I mean they are stuck with such a mess here."

Ebert : "Well my thumb is down but I still like the dialogue but I agree with you about the retarded brother who is so handy, he always disappears when he's not needed. Turns up, does everything on cue. He just like a little well trained prop."

Just because Metacritic didn't agree with him or this or that movie won so many nominations on Razzie or Oscar , you are defending your point on his reviews. You shouldn't use what majority thinks to back up your claim. Your blog is for what YOU think and I respect that a lot' so you don't have to justify your opinion with any backing... Roger was great because he loved mvies as I can tell you do. All I'm saying is reiew it w/o adding what others thought